Chevrolet, America’s #2 pickup brand, and Ram, the #3 brand, are attacking the same problem in different ways — how to get more cash from luxury-truck buyers without giving up on cash-strapped entry-level buyers. 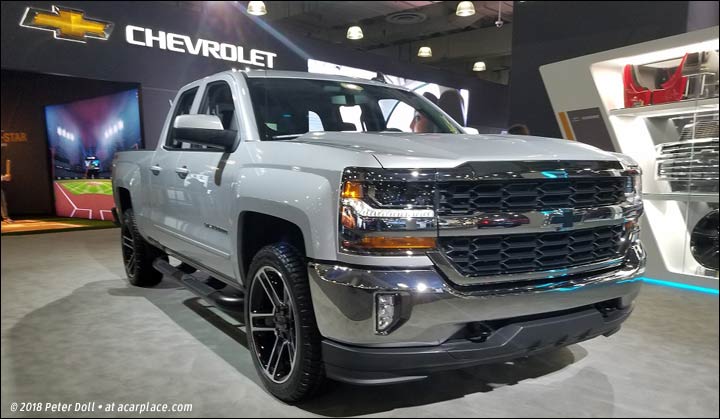 At GM, the 2019 Chevrolet Silverado will cost the same as the 2018, and will likely have similar, rather high, incentives. The base price is $29,795 for the entry level Silverado Work Truck with a long bed. The modal trim level, LT, is getting a price cut of up to $700; it starts at around ten grand more than the Work Truck.

The highest-level luxury trucks, though, will be getting price hikes of up to a thousand dollars, spreading the range from entry-level to High Country. The top Chevy is still far less than Ford’s or Ram’s highest models, partly because those with cash to burn are expected to get a GMC Sierra, not a Chevy Silverado; while the cheapest Silverado has to be priced above the midsize Chevy Colorado.

Meanwhile, at Ram, there will be two levels of pickup — the old “DS” chassis, launched years back, will soldier on as the Ram 1500 Classic. The new “DT” chassis, which is safer, more comfortable, and more efficient, will be the plain ol’ Ram 1500. That will let Ram sell more trucks, without cheapening the new Ram 1500 with excessive rebates or lower-than-desired prices. Only the new Ram 1500 has hybrid versions of both the V6 and V8, to increase responsiveness and fuel economy alike.

So far, the 2019 Ram 1500 “non-Classic” has only been sold with Hemi V8s, but the hybrid V6 recently started rolling off the line; there must be a lot of white-knuckled Ram people in Auburn Hills, waiting to see the public reception. If Ford had done the hybrid first, it would have been almost guaranteed some measure of acceptance; but here, Ram is first to the line. 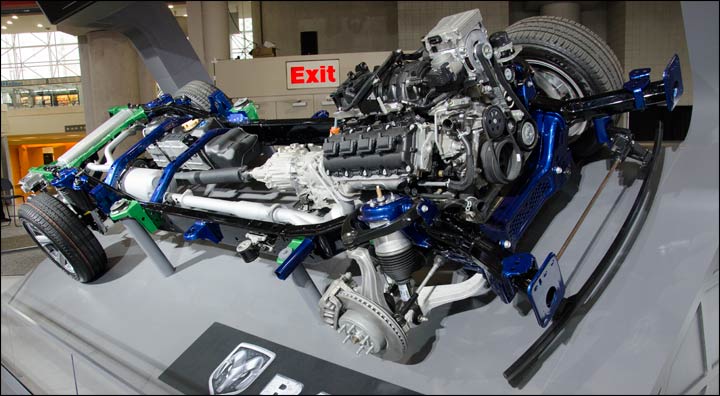 The Chevy trucks come with anything from a four-cylinder (still in the future) to a 6.2 liter V8, while Ram Classic has just the 3.6 and 5.7 engines and the Ram “DT” has hybrid 3.6, hybrid 5.7 (still waiting to enter production), and standard 5.7. GM just launched “Dynamic Fuel Management,” which run anywhere from two to eight cylinders as needed, to increase gas mileage; Ram has long had “four-or-eight” cylinder firing on its V8s, but has no similar technology on its six. Still waiting in the wings are new GM and Ram diesels.

The author of Dodge Viper, Jeep’s Go-Anywhere Vehicles, and The Rise and Reinvention of Chrysler Minivans,  David Zatz has been writing about cars and trucks since the early 1990s; he also writes on organizational development and business at toolpack.info and covers Mac statistics software at macstats.org.

David has been quoted by the New York Times, the Daily Telegraph, the Detroit News, and USA Today. You can reach him by using our contact form (preferred) or by calling (313) 766-2304.

This site uses Akismet to reduce spam. Learn how your comment data is processed.