How have the new digital log books affected you?

Richard: The electronic logging device (“ELD”) mandate has taken a huge toll in the name of safety, and any safe driver will be the first to tell you that it has nothing to do with safety. For the large carriers, the cost balances out, because it cuts down on the fines they have to pay; but for the safe driver who was already compliant on paper logs, it not only cuts productivity, but increases overhead (to buy the equipment and pay for the subscription to use it).

The electronic logging device counts every second the tire turns as driving. That cuts productivity and creates violations for the safe driver that didn’t have violations on paper logs. I have a friend who got a two-minute violation the other day for moving his truck in the parking lot so the oversize load parked next to him could get out; and, since it was in the ninth hour of his ten hour break, he had to start his ten hour break over again before he could legally run, and missed a Friday delivery appointment — so he lost his entire weekend over it. This is a driver with 30 years of accident and ticket free driving, and he’s decided to quit as soon as his truck is paid for at year-end. 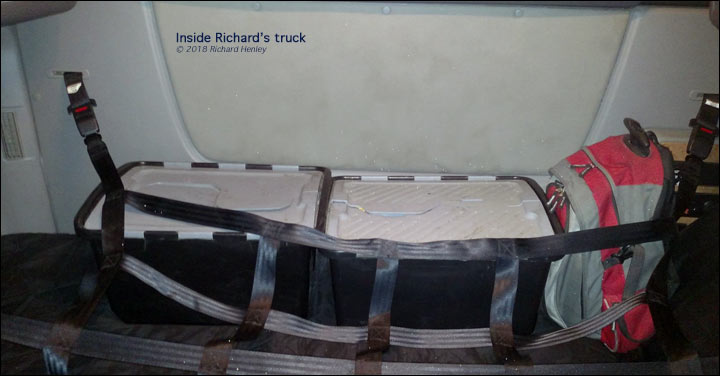 With lower productivity, too many drivers are cutting safety corners in other areas to make up the lost revenue. For the safe driver who refuses to cut corners, the ELD knocks of several thousand dollars per year in income. My company went to the ELD in 2009, and I went from an average of around $50,000 in taxable income to around $41,000.

Clint: It hasn’t hindered me much. I tend to run the same routes, so I know what I need to do to make it work. It has really became more of an inconvenience than a handicap. I have had the issue of running out of hours 30-60 miles from home, which sucks. I haven’t lost any wages from it other than the cost of the services, but some of the guys that I know who don’t run a regular route have taken a big hit.

Kari: Lee likes his, because it’s to the minute and his company gives him more than enough time to get a load safely from point A to point B. It actually helps him log to the minute. In my opinion, they leveled the playing field. Drivers can no longer cheat to get more miles from false logs.

Have diesel emissions rules had a major impact on you?

Richard: New EPA regulations have driven the cost of equipment up, which hurts the owner-operator that needs to replace equipment; and companies that employ drivers have to pay more, so there is less for the driver. These newer systems require more maintenance and downtime for repair, which also hurts because if the wheels ain’t turning, you ain’t earning.

My guess from talking with the drivers I know is that any DEF-equipped truck is going to spend at least two weeks per year in the shop just for repairs to that system, with an average among the drivers I know being closer to five weeks, and some have been 8 to 10 weeks down over SCR [selective catalytic reduction]. Figure $800 to $1200 a week in lost revenue, and that hurts, and even more lost if you’re paying the fixed costs on the equipment. 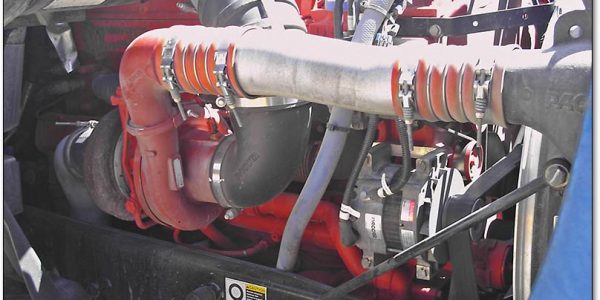 I won’t run a truck with DEF, not only for the reasons above, but also because something in the nature of the exhaust makes me breathless and light headed if I’m around where one is idling for very long. The older trucks still don’t bother me like that, and I’ve met quite a few others that have similar issues.

Finally, the DEF can freeze up — not in the trucks, which have heated tanks, but in the truck stop dispensers are the problem. Any time the weather gets below 10° the dispensers are apt to freeze up, and when it gets below zero for several days on the busy routes up north, I’ve seen times when truck stops were full of trucks that can’t go because they can’t get DEF. Usually, in advance of a cold snap they stock up on the plastic bottles, but even then, if the cold snap lasts long enough, they can’t keep them in stock. Then there’s the problem of what to do with the empty jugs.

Clint: After reading Richard’s response, I would be saying the same things that he said. Shop mechanics have told me that the newer emission trucks aren’t getting the life out of the engines like the older trucks; a lot of shop techs that I have talked to are saying that 750,000 miles is about average from what they are seeing, where older engines were usually over 1 million miles.

Kari: I’m not tech savvy, but I’ve learned that diesel burns cleaner now than it did when they started CARB.

Tell us what you think in the comment section below.